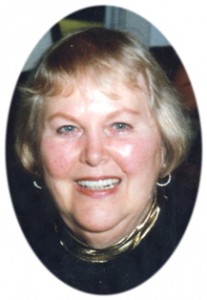 She was born November 15, 1927 in Racine, Wisconsin to Alfred and Clara (nee: Andersen) Feddersen. She graduated from Park High School in Racine and married Howard E. Mann on November 26, 1948. Howard preceded her in death on April 26, 1994.

Pat loved to entertain and travel. An avid golfer, she also enjoyed curling, bowling, and bridge. She worked props in the early days of the Racine Theater Guild, was a past President of the Racine Children’s Theater, a member of the Woman’s Club of Racine, and a longtime volunteer at the former Racine St. Luke’s Hospital. She moved to Cedarburg in 2015 to be closer to her daughter.

She is survived by her daughters Susan Hanna of Puyallup, Washington; Karen (Terry) Wallace-Massey of Amarillo, Texas; and Joan Sommer of Fredonia, Wisconsin. She is further survived by grandchildren James (Courtney) Wallace, Elana (Makana) McCornack and Amy (Paul) Goldberg; great-grandchildren Caylee, Ethan, Saxon, Odyn, Ulli, and Freyja; sister Doris Griffith of Prairie Village, Kansas, other relatives and friends. In addition to her parents and husband she was preceded in death by her sister Margery Cullen.

Pat will be cremated and in accordance with her wishes there will be no services. Poole Funeral Home, Port Washington, Wisconsin. www.poolefh.com