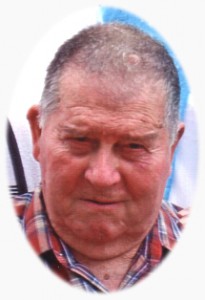 He was born on September 26, 1934 in Port Washington, Wisconsin, son of Alex and Alice Kieffer Arendt and stepson of Andrew Arendt. He married Ruby Lee Bledsoe from the Town of Adell, WI in Paducah, Texas on April 9, 1955. Together they made their home in the Town of Port Washington and raised their family.

Gene formerly worked at Bolens Mfg. Company in Port Washington. For over 30 years, he was a journeyman electrician with Miller Electric of Port Washington, retiring in 1992. He graduated from the Coyle College Electrical School in Chicago. During that time, Gene was a member of the International Brotherhood of Electrical Workers (EBEW) Union Local 494.

Independent, strong-willed, determined are only a few of the words that might represent Gene. He was a hard worker, formed from when he was a boy on the farm. He carried that through to his final days. He loved to tell stories with a purpose.

Gene will be remembered as a person that made people laugh and his laugh was infectious. He loved his family with all his heart. He had a love of Case tractors, the older the better. Ruby preceded him in death on September 12, 2012.

A Funeral Mass of Christian Burial will be celebrated at 6PM Thursday, October 22, 2015 at St. Peter of Alcantara Catholic Church, 1802 N. Wisconsin St., Port Washington. Reverend Patrick Wendt will be the celebrant. Visitation will take place from 3:30-6PM Thursday AT CHURCH with a 3:30PM Rosary. Interment will take place in Union Cemetery in Port Washington. Memorials to the charity of donor’s choice are appreciated.