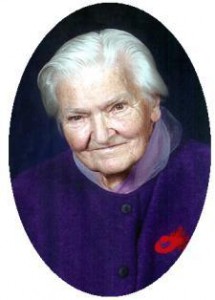 She is survived by her niece Nancy Bodenstein, other relatives and friends.  She is preceded in death by her husband Ruben on March 16, 1993, and infant brother, Carl and a sister Rose Bodenstein.