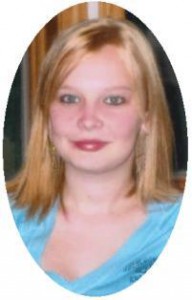 She was born May 11, 1988 in West Bend, Wisconsin to Tina Goeden and David Kriegel.  Growing up in Fredonia, she graduated in 2006 from Northern Ozaukee High School.  Amanda had dreams of being a model and actress and was active in the school theater, plays and drama department and was a cheerleader.  She will be remembered as a giving and friendly person.