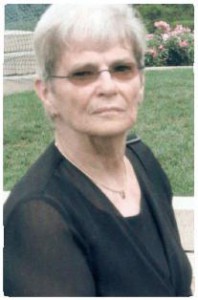 Kay Keller, 70, of Meadowlark Road in Fredonia died July 23, 2007 at her residence after a 5 year battle with cancer.

Kay was a very proud member of the Chapeau Rouge of the Great Lakes Red Hat Society in Port Washington.  She loved to travel with her husband and family.  They traveled on the motorcycles and abroad in Japan and Germany.  She was fun, social and a hard worker.

She is survived by her children Kim (Diane) Keller of Belgium and Krys (Paul Schmidt) Keller of Fredonia.  Further survived by grandchildren James, Shannon, Natalia, Christie and Michael, great grandchildren Ashlee and Jacob, brother Merrill (Dolores) Vanderhoof of Brillion, step sister Mary (Dean) Duerst of Overland Park, Kansas, her canine buddy, Buddha, other relatives and many friends.  She was preceded in death by her husband Howard, daughters Sheri Lee and Kitty Ann and son Steve.