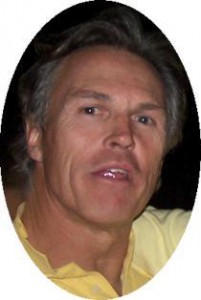 Eddie was currently a construction laborer for the Wisconsin Power  Plant  Constructors  with WE  Energies  at  the  Port Washington Power  Plant  and  the  current  union  steward  of Laborers Local 113.  He was still a sports enthusiast and played golf, tennis and racquet ball.  He also had quite a collection of movies, enjoyed traveling and thrill rides with his nieces and had a great love of animals, especially his dogs.

He is survived by his brother Nic Tholl of the town of Port Washington and sister Jennifer Greiert of Shawano.  Further survived by nieces Rachel and Rosalind Greiert, brother-in-law John Greiert of Sun Prairie, Wisconsin, longtime girlfriend Lori Plutowski of Port Washington, dearest friend Don (Diane) Schultz of Oregon, Wisconsin, other relatives and friends.  He is preceded in death by his parents and an infant brother John E. Tholl.