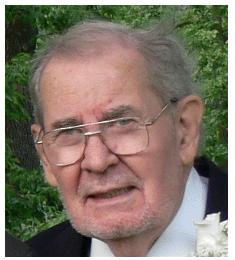 He was born on February 5, 1932 in Port Washington, WI, son of Patrick H. and Ester Dittmar Kearns. At the age of 7, his father, employed by Wisconsin Electric at the Port Washington Power Plant, was transferred to their Oak Creek operation. Residing in the Milwaukee area, Pat’s first employment was in the marketing department at Koehring Co. From there he served his country during the Korean War, stationed at Fort Leonard Wood, Missouri. Starting as a Private, he rose to the rank of Army Sergeant. Pat also received advanced training at the Armed Forces Information School as Fort Slocum, New York in 1953. Upon his return, Pat married and started a family in Thiensville. For over 20 years, he was a marketing and sales executive with the Koehring Company. Job promotions took he and his family to a variety of locations including Spring Lake MI, Menomonee Falls, and back to Mequon.

In 1975, Pat and his wife purchased the local grocery in Fredonia, WI renaming it Kearns Foodland. Pat also worked for KMK Industries, a company he helped found, marketing trade show displays for companies throughout Wisconsin. He retired in 1999. Pat enjoyed sharing stories from his time in the military and his world travels, which included Morocco, Taiwan, Japan, China, Korea, Ireland, and Italy.

Funeral services will be held at 2 p.m. Saturday, February 15, 2014 at the POOLE FUNERAL HOME/Crematory, 203 N. Wisconsin Street, Port Washington, WI. Military honors will be led by the Ozaukee Memorial Post 5373 VFW. Visitation will be from Noon-2 p.m. Saturday prior to the service. Interment will take place at the Southeastern Wisconsin Veterans Cemetery in Union Grove. Memorials to the American Parkinson Disease Association – Wisconsin Chapter, PO Box 7513 Madison, WI 53707-7513 are appreciated.