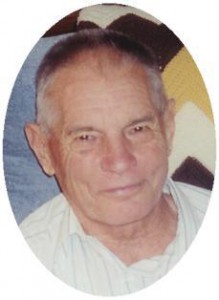 He was born in Waubeka to Herbert and Irmgard Eichmann Hetzel on June 30, 1924.  As a young man he helped out on the family farm and later hauled milk for a local creamery.  He married Donna Mae Fedder of Port Washington  on June 13, 1953 in Port Washington.  He began working for the Ozaukee County Highway Department at the Waubeka Shop and moved to Center Street in Waubeka.  Donna Mae died April 15, 1980.

Lyle married Ruth M. Fedder Schmidt on November 6, 1982 at Grand Avenue United Methodist Church in Port Washington.  He retired from the Highway Department after over 33 years of service in 1986.  She preceded him in death November 19, 1998.  He was the family caregiver and volunteered at the Waubeka Flag Day / Americanism Center, cutting the lawn and doing maintenance.  He enjoyed camping, polkas, rebuilding and tinkering with his three antique tractors.