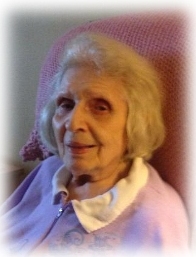 She was born June 25, 1923 in Silver Creek, WI to William F. and Thuska Kraitch Gruenewald. She grew up in Port Washington, WI, where her father ran City Laundromat and attended local schools. She married John Hensel of Sheboygan, WI.

Janet was a proud mother and homemaker. Over the years she worked at Phillip Sales in Port Washington, WI and Power Products, Mfg and Tecumseh Mfg, both of Grafton, WI. Her husband John preceded her in death February 25, 1973.

In 2006 she moved to Germantown to live with her daughter Debra and Norm. While there Norm’s son John helped her and cared for her. In March of 2016 moved to Samaritan Home in West Bend by her daughter Debra. She was a quiet, simple woman.

She is preceded in death by her husband John, her son Douglas “Scott” Hensel and her sisters Ruth Beck, Dorothy Cassidy, Lois Swatek and Roma Horn and Betty Betz.

The family wishes to extend their appreciation for the compassion and care from Samaritan Home nurses, aides and physician assistants of the 2nd and 4th floors and to Dr. Mian and staff.