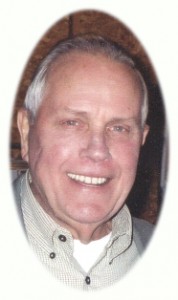 Bob was born on June 27, 1928 in Des Moines, IA, son of Kenneth and Pauline Fenton Henkle.

On December 28, 1951, Bob married Marjorie L. “Marge” Quinn of Des Moines in Iowa City, IA. From June 1953 until June 1956, Bob served in the US Air Force, discharged with the rank of Captain. After a few years based in various states between his medical training and his military service, the Henkles settled in Port Washington. Most residents were familiar with his clinic on West Monroe Street. He retired from practice in 1991.

Bob was a founding member and faithful leader of St. Simon the Fisherman Episcopal Church in Port Washington. He enjoyed a lifelong love of music and singing. He and his wife loved to share music with family and friends. Their home was filled with music and song for family and holiday gatherings. Bob was a barbershopper, sang with the St. Mary’s Church Choir and Newcastle Place. He had been on the board of directors of the Cedar Campus in Wet Bend for over ten years. Bob was an active volunteer with the Meals On Wheels Program, Interfaith Caregivers and the Port Washington Food Pantry. He enjoyed playing and watching golf and sprucing up the yard. Bob and his wife Marge enjoyed playing Bridge and Sheepshead. Marge preceded him in death on November 11, 2013. He and the boys continued to play Poker when they could.