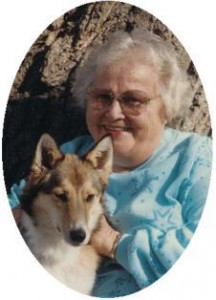 She was born inPort Washington to Nic and Hilda Schommer Conrad on December 19, 1919.  She worked for the former Midwest Outerwear in Port Washington and later as a secretary for the Ozaukee County Office of Aging and St. Mary’s Parish.  Living on West  Oakland Avenue for many years, she moved to West Lincoln Avenue in the last few years and had just moved to Anita’s Garden in November on 2007.  She was a member of St. Mary’s Parish, it’s Christian Women and Choir for many years.  Bernice also enjoyed being a volunteer reader to students at Dunwiddie School in Port Washington until a few years ago.