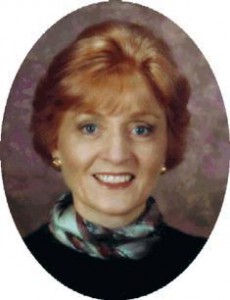 Rita M. Burton, 57, of Thomas Drive, Port Washington died peacefully among her family on Friday, December 5, 2003 after a two year struggle with cancer.

From 1968 to 1991, Rita worked for CBS Inc. at Television City and Studio Center going from production worker to vice president and general manager CBS/MTM Studios in 1985.  In 1991 Rita left CBS and joined Carsey-Werner Company.  During her four years there she managed such TV shows as “The Cosby Show”, “Roseanne”, “A Different World” and “Grace Under Fire” as their Senior Vice President-Executive in Charge of Production.

After 26 years in the business, Rita retired to Wolf Lake, near St. Cloud in 1995 to enjoy family and Wisconsin.  Her great-nieces and nephews were her greatest joy.  In 2001 she returned to Port Washington to be closer to family.

She is survived by her mother Mabel Burton and a sister Sue (the late Dennis) Croatt, both of Port Washington, two brothers Michael (Gail) Burton of Los Angeles, CA and Harry (Jane) Burton of Williamsburg, VA, nieces and nephews Debra (Randy) DuFour, Dennis Croatt, Lisa (Brian Krueger) Croatt, Shannon (Matt) Duttriant, Suki and Nicholas Burton and greatnieces and nephews of Jake and Kiley Croatt, Trevor Schumacher and Miranda DuFour other relatives and friends.  She is preceded in death by her father Harry Burton and brother-in-law Dennis Croatt.