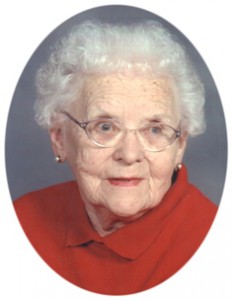 Leona Monica Bostwick (nee Dolata), age 92, of Deerfield, WI (formerly Port Washington) died peacefully with her family at her side on Monday, December 29, 2014 at her home.

Leona “Lee” was born March 13, 1922 in Milwaukee, WI, daughter of the late Frank and Mary Gracz Dolata. On November 10, 1945 she was united in marriage to Lyall D. Bostwick of Port Washington, WI at St. Josaphat’s Basilica in Milwaukee, WI. They resided in Port Washington and started a family of three children.

In her early years, Lee aspired to be a nurse and graduated from St. Mary’s Hospital School of Nursing in 1943. She then worked at Woods Veteran Hospital to care for returning veterans of World War II. In 1954 she began a 30-year career at St. Alphonsus Hospital, Port Washington, before retiring in March, 1984. Leona loved nursing, her patients and co-workers, and after retiring continued to enjoy monthly luncheons with a group of her former colleagues.

Lee and Lyall were devoted to their family and enjoyed the activities of their sons, grandchildren and great-grandchildren. They especially enjoyed watching soccer and other sports. They also enjoyed traveling abroad and across the United States. Many memories from their travels were forged until her beloved husband died in 1997. Lee also had other hobbies like baking, gardening and enjoying her pets. She was an avid Brewers, Badgers and Packers fan and never missed watching a game, even when her sight failed.