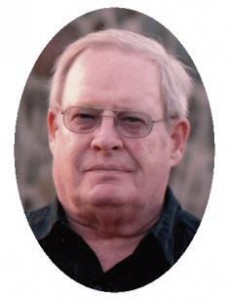 John Martin “Hans” Bostwick, age 72, of Burlington, passed away at his home on Tuesday, September 11, 2012. John was born on March 5, 1940 in Sheboygan to the late John R. and Dorothy R. (nee Larson) Bostwick. He was a graduate of Port Washington High School, class of 1958, and received his Bachelors Degree in Chemistry as well as a Minor in Physics from the University of WI-Oshkosh.

On August 3, 1963 at St. Mary’s Church in Port Washington, John was united in marriage to Elizabeth Jean Russell . They have been residents of Burlington for the past 32 years.

John was a professional engineer in the State of WI and later retired from the industry to pursue an entrepreneurship in construction and design. He was an avid outdoorsman and Green Bay Packer fan. John enjoyed boating, fishing, hunting and traveling by RV with his family.

Survivors include his loving wife, Elizabeth “Betty” Russell-Bostwick, their children; Christopher Todd Bostwick at home and Kelly Marie (Brett) Bostwick-Plank of Brookfield, grandchildren, Jordan, Logan and Corey Plank, siblings; Peggy (Dr. Frank) Scarpace of Madison and Carl (Betty) Bostwick of Port Washington and by a brother-in-law, James (Julie) Russell of Port Washington. He was preceded in death by his parents and an infant son, Todd J. Bostwick.

A visitation will be held on Saturday, September 22, 2012 from 11:00 AM until 2:00 PM at Poole Funeral Home, 203 North Wisconsin Street, Port Washington, WI, 53074. Inurnment will follow at Union Cemetery in Port Washington with Fr. Patrick Wendt officiating. In lieu of flowers, memorials have been suggested to the Leukemia & Lymphoma Society (LLS.org or PO Box 4072,  Pittsfield, MA 01202).