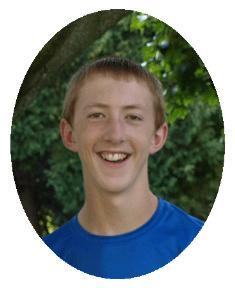 Tyler J. Buczek of Port Washington, a gifted student and talented athlete, died Sunday, Sept. 2, 2012. He was 15.  Tyler, who would have been a freshman at Port Washington High School this year, was swimming with friends in Lake Michigan off Port Washington’s north beach when he was swept away by waves. The cause of death is drowning.

“The key to Tyler was how balanced and well-rounded he was,” his mother Kim said. “Tyler was someone who made the most of his dash between birth and his death. He made the most of every last second of his life.”  Mature beyond his years, Tyler knew exactly what he wanted to do with his life and was building a resume to accomplish his goals.

“He had it all figured out,” his father Joe said. “He was going to get a full ride to MIT, where he’d play a sport, and become an engineer.  And there was no reason to believe Tyler wouldn’t have done just that.”    In school, Tyler was a standout. When he was in third grade, administrators approached his parents with the idea of advancing him a grade, a proposal that intrigued a youngster who had already developed the ambition to excel in everything he did, his parents said.  “We decided Tyler would do best if we kept him in third grade,” his mother said. “I remember him being so upset with us for not letting him advance.”

By fifth grade – Tyler’s first year at Thomas Jefferson Middle School – his goal was to win the TJ Award, the school’s top honor awarded to eighth-graders based on grades, involvement in school and community activities and character. Four years later, during graduation ceremonies in June, Tyler received that award.  He distinguished himself at the middle school, literally running out of courses to take. During eighth grade, Tyler took three high school classes, two of which were honors courses.  “He fell just short of a 4.0 (grade-point average), and that was with two high school honor courses,” Mr. Buczek said. “He got one B+, which didn’t sit well with him at all. It bothered him all summer.”  Tyler was a perfectionist, his parents said.  “Tyler couldn’t just do a normal science project,” his father said. “It had to be something like a functioning hovercraft.  When he was assigned a project on the Gatling gun, he couldn’t just bring a model to school. When I told him he can’t bring a functioning weapon to school, he designed it to shoot Nerf bullets and, of course, it worked perfectly.”

Mrs. Buczek said, “Tyler was driven, but that drive came from within, not from us. He put so much pressure on himself to be the best.”  Tyler impressed others not only with his academic prowess but his kindness and politeness, as well as a charming sense of humor that made him popular with his peers and a favorite among teachers.  “Tyler was one of the most talented all-around students I have ever met, and nothing could compare to the gentleman he was at such an early age,” said Jennifer Meerdink, an eighth-grade teacher at Thomas Jefferson Middle School. “He was nothing short of the best student one could ever work with during their teaching career. He had such an engaging personality and smile. He brought warmth and compassion to everyone he met every single day.”

Although involved in many activities, Tyler valued time at home with his parents and brother JJ, who is a student at the University of Wisconsin-Eau Claire.   “Tyler was just such a good person, brother and son,” his mother said. “Tyler and his brother were truly best friends.”  He was also a remarkably good athlete.  “Sports were everything to Tyler,” his mother said.  He had an impressive command of sports trivia, and although watching ESPN’s Sports Center was part of his daily routine, Tyler didn’t care to watch games on TV.   He much preferred to play them.  With his father as a mentor and coach, Tyler excelled at baseball, but also enjoyed basketball and football.  He was the starting quarterback on the Port High freshman team, a role he had filled for four years prior on his Saukville Rebels team. Tyler was a student of the game, and what he lacked in arm strength he made up with his intellect, his father said.  “When he was 10, after his first football practice, Tyler came home, sat down and designed his own play book,” Mr. Buczek said.”That was Tyler – if he thought he could invent something better, he would.”

Tyler J. Buczek was born Aug. 5, 1997, in Milwaukee, the son of Joseph and Kim Godersky Buczek.  He grew up in Port Washington and attended Lincoln Elementary School before moving on to Thomas Jefferson Middle School.  In addition to playing baseball, Tyler was a youth umpire.  He spent the summer working at Dockside Deli in Port Washington.

posted with permission from the Ozaukee Press