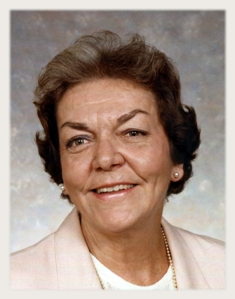 Kathryn W. Bartol, age 89, of Port Washington, WI died Thursday, June 20, 2019 at the Harbor Club in Port Washington where she had resided since 2015.

She was born December 13, 1929 in Port Washington to Henry and Rose Paulus Bartol. After attending St. Mary’s Catholic School, she graduated from Port Washington High School. Kathryn was an independent woman with a mind for politics and current events. She was proud to be Executive Secretary for owner William Niederkorn at Simplicity Manufacturing Company for over 50 years.

She lived at the Sturm Apartments on Montgomery Street and loved spending time with her nieces and nephews. When they were young, they would visit often, attending many sleepovers. A quiet woman, Kathryn enjoyed relaxing in her yard. She loved living in Port Washington with its change of seasons and the Lake. When she moved to the Harbor Club, Kathryn remained active, making many friends.