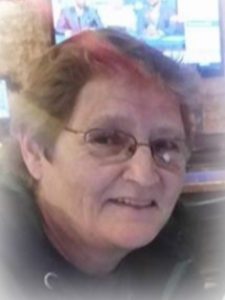 Owner of Willie’s Wish, Gayle was born on September 4, 1957 in Milwaukee; daughter of George and Gloria Kruger Wilber. The family moved to Port Washington in 1969 where she graduated from Port Washington High School, class of 1975.

After high school, Willie began her bartending career. She worked at a little place on East Main Street called “Across the Street”. After a few years she bought it and renamed it Willie’s Wish. Infamous for her “Mug Club” hanging from the low ceilings, to the pool table wedged into the side room using the two-foot cue stick. About 1996, Willie’s moved across the street to her current location in the former Bley’s Recreation building, later becoming Willie’s Wish and Lakefront Lanes.

Willie always was a very good bowler and she continued to do so. She was elected into the Ozaukee County Bowling Hall of Fame in 2014. She had been a proud supporter and participant of the county bowling leagues, the pool leagues and the Wisconsin Tavern League membership.

When in Port and mention Willie, everyone knows who you are talking about. She was a great friend, always there to help others and make a difference.

Willie is survived by her sister Gynene Wilber of Antigo, nieces Chloe (Austin) Hitz and Gracie Yankunas, nephews Tyler Hipple and Collin Hanley, other relatives, her family at the bar and many friends. She is preceded in death by her parents and her sister Gwen Yankunas.