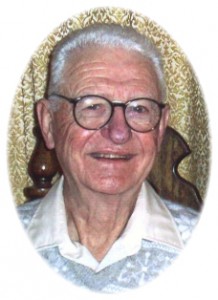 He was born September 15, 1928 in Milwaukee to Emil and Ruth Londo Wetzel. He grew up in Milwaukee and married Lorraine Miller on January 17, 1948 in Milwaukee. Emil worked for American Motors.

Emil was a family man who loved the outdoors. He liked to fish and hunt, teaching his children lessons of nature along the way. He took a couple fishing trips to Canada and enjoyed snowmobiling in Michigan’s Upper Peninsula. A true handyman, he enjoyed working with his hands. He built the houses he lived in.