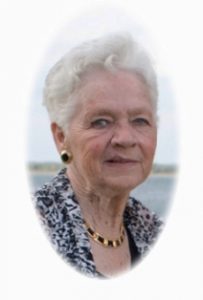 She was born on October 14, 1934 in Sheboygan Falls; daughter of Hilbert Mueller and Frieda Mueller.  A graduate of Cedar Grove High School, Mary Lou married Richard W. Westerbeke of Oostburg in Cedar Grove on November 5, 1954 after he returned from military service.They moved to Port Washington, raising their family on West Beutel Road.  Mary Lou returned to school after her children were older, becoming a licensed practical nurse (LPN). For many years she worked at the former St. Alphonsus Hospital in Port Washington and later at the former Mequon Care Center Nursing Home.  On December 16, 1987 her husband Rich preceded her in death.  Mary Lou retired the following year.

She and her husband were active at Friedens Church in Port Washington.  Mary Lou had been a past member of their Ladies Evening Guild.  In 2001, she moved to Random Lake. There she became a member of St. John’s Lutheran Church.  Mary Lou enjoyed sharing her baking talents at church.  She was involved in making booties and beanies for babies, needlepoint and cross-stitch projects.

Mary Lou is survived by her two children Luann (Randy) Teige of Poplar, WI and Scott (Susan) Westerbeke of the town of Port Washington; six grandchildren Emilia, David (Kristina), Katharine and Elisabeth Teige and Aimee (Aaron “AJ”) Zozakiewicz and Sara Westerbeke, her canine pal Princess, other relatives and friends.  She is preceded in death by her husband Rich and her sister Virginia (the late Carl) Winkelhorst.