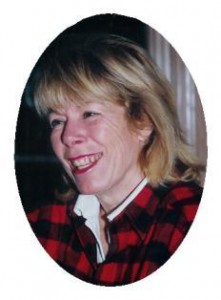 Sandra C. St. Peter, “Sandy”, 67, of Pierron Street, Belgium, WI died Monday, October 5, 2009 at Heritage Nursing and Rehabilitation Center, Port Washington with her family at her side after a three year battle with cancer.

She was born on October 19, 1941 to Norman and Edna Thill Hoeft in Port Washington.  She is a 1959 graduate of Port Washington High School.  On October 6, 1962, she married John St. Peter of the Town of Port Washington at Immaculate Conception Church in Saukville.  Her husbands family operated the former Port Washington Country Club (later Squires) from 1941 and Sandy and her husband ran it from 1961 to 1971 where she had many duties.  She will fondly be remembered as their hostess.

She was quite the people person, enjoyed gardening, home interior decorating, animals, the outdoors, but most important was her family, a proud grandma to her grandkids.  She was a current member of the Village of Belgium Tree Board and had quite a passion for the game of golf.

Private family services have been held.  Memorials to the American Cancer Society  appreciated.