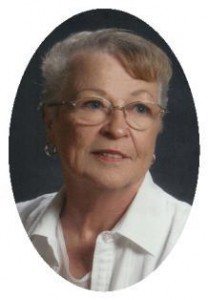 Lois A. Rosewitz, 69, of E Douglas Street in Port Washington died peacefully at her home Saturday, October 10, 2009 after a lengthy battle with cancer.

She was born in Elkhorn, Wisconsin to Donald J. and Coletta A. Mehring Tenpenny on October 14, 1940. She met Donald “Dunc” Rosewitz of Port Washington and married him on September 16, 1961. She worked for Simplicity Manufacturing for a while and also was a homemaker. After obtaining a degree from the Graduate Realtor Institute she became a realtor with the Dick Ansay Realty in 1977. She was a member of the Wisconsin Realtors Association and past state convention chairperson for them. She also held many director positions through county and state realtor boards as she was active with Schmit Realty in Port Washington until she retired in 2006. In 2005 she was the recipient of the “Distinguished Realtor Award” for her ongoing contributions to the Wisconsin Realtors Association.

Lois was an energetic and vivacious woman who always gave of her time and talents. She was an active member of St. Mary’s Church, from being a Eucharistic Minister, teaching CRE, a member of the parish council or in the christian women, helping at funeral luncheons she always served with a smile. She also enjoyed traveling to South Dakota with her husband and more recently to Spain, Wisconsin’s Northwoods and the Southern United States. Her husband Dunc preceded her in death February 28, 2003.

She is survived by her son Mark (Doreen) Rosewitz of Menomonee Falls and granddaughters Katelynn and Breanne Rosewitz. Further survived by brothers Jim (Delores) Tenpenny of Port Washington and Jerry (Barbara) Tenpenny of Grafton, sister Jeannie (Terry) Bradley of Fresno, California, other relatives and many friends.