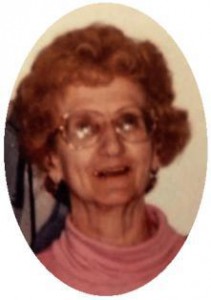 She was born January 13, 1927 in Milwaukee, Wisconsin to Frank and Mary Bastie Korpnick.  Growing up in Milwaukee, she married George A. Lathrop on March 31, 1951.  Together they started a family in Milwaukee.  While her children were young she was a crossing guard.  On September 6, 1958 her husband George preceded her in death.

In 1966, she moved to North Milwaukee Street in Port Washington.  On July 8, 1967 she married Clifford E. Schmit of Port Washington.  He preceded her in death May 20, 1984.  She later moved to Parknoll Lane and more recently to the Harbor Club.  Marion was a faithful woman who was proud of her independent lifestyle, living alone until recently.  She loved to play cards and over the years was active at the Port Washington Senior Center.  She was an avid Packer fan and could always be heard cheering loudly for her team.

Marion is preceded in death by her husbands George and Clifford, her sisters Lavern Korpnick and Lucille Scheer and her brother Robert Korpnick.

The Reverend Thomas Lijewski will celebrate her Mass of Christian Burial at Noon on Saturday, January 4, 2014 at St. Mary Catholic Church, 430 N. Johnson Street, Port Washington.  Visitation from 10AM to Noon Saturday, January 4, 2014 AT THE CHURCH.  Interment will be held at Holy Cross Cemetery in Milwaukee.  Memorials to St. Mary Parish, Port Washington are appreciated.