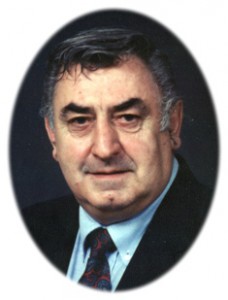 Harold Wm. “Harry” Sauer, Sr., age 79, passed away peacefully with his family at his side at the Lawlis Family Hospice in Mequon, WI on early Friday, January 23, 2015.

Harry was born on March 21, 1935, son of Fary F. and Meta Schroeder Sauer in Port Washington. He grew up on Montgomery Street. To say Harry was a high school athlete would be an understatement. During his high school career, he lettered in 15 of 16 sports. He set the career basketball scoring record at Port Washington High School that sat for over 56 years, broken by current Wisconsin Badger Josh Gasser using the three point arch.

After high school, Harry entered the U.S. Air Force where he served for four years. Upon his return, Harry took a job at Simplicity Manufacturing Company in Port Washington.

On April 28, 1984, Harry married Mary Watry Penkwitz of Port Washington. They remained together over 31 years.

After 35 years, he retired in 1996. He later spent 17 years as a greenskeeper at Hawthorne Hills Golf Course. A job he truly loved.

Harry was a social guy and enjoyed quality time with family and friends. He was an avid bowler over the years, enjoyed fishing, but really loved to golf. He was also a member of the Machinists and Aerospace Workers Union, Local 1430.

Memorial Services will be held at 3PM Saturday, January 31, 2015 at the POOLE FUNERAL HOME, 203 N. Wisconsin Street, Port Washington, WI. Reverend Robert Braband will officiate. Family will receive friends from 1-3PM Saturday at the funeral home prior to the service.