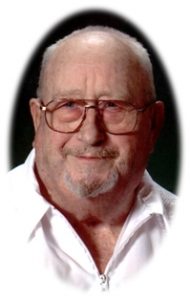 Herbert A. Rosso, “Herbie”, “Yogi”, age 86, of Port Washington, WI passed away Saturday, December 23, 2017 at Cedar Springs Health and Rehabilitation in Cedarburg where he had resided the past few weeks.

He was born on January 31, 1931 in Sheboygan, WI; son of August and Elsa Range Rosso.  As a young man, Herbie enjoyed working as a pinsetter at a local bowling alley and other odd jobs.  At the age of 21 he joined the US Marine Corps. serving his country from 1952 to 1954 during the Korean Conflict.  He was a Purple Heart recipient for his injuries sustained in combat.

On March 14, 1953, Herbie married Mildred J. Zimmermann of New Holstein in New Holstein.  He would later finish his military career at Great Lakes Naval Base in Illinois and return to Sheboygan.  He would continue his job with the Garton Toy Mfg. Company of Sheboygan and work as a self-employed upholsterer.  After living a few years in Oostburg, the Rosso family moved to Port Washington in 1962.  There he would work for Bolens Equipment Mfg. Company/FMC/Troy Built Mfg. Company for over 40 years, retiring in 1996.  He had been a member of the International Association of Machinists and Aerospace Workers Local 1430 and the Ozaukee Memorial Post 5373 VFW.

During his life, Herbie always enjoyed hunting and fishing and especially family camping.  In his retirement, he and his wife toured the country with their motor home.

He is survived by his wife of 64 years, Millie; his daughter Donna (Tony) Zukaitis of Fredonia and his son Dale (Anne) Rosso of Random Lake; 4 grandchildren Megan and Jason Zukaitis and Samantha and William Rosso; his brother Kenneth (the late Pearl) Rosso of Oostburg, sister-in-law Myrtle (the late Karl) Rosso of Sheboygan, sister-in-law Shirley (Marvin) Thimmig of New Holstein, sister-in-law Cynthia (the late Marvin) Zimmermann of Sheboygan Falls, brother-in-law Harold (the late Arline) Bouse of Kenosha, nieces, nephews, other relatives and friends.