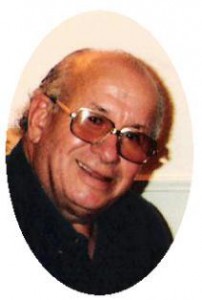 Ruben A. Rodriquez, 78, of Highway 57 in the Town of Saukville died Saturday, October 8, 2011 surrounded by family and friends at his granddaughters house.

He was born in Puerto Rico on December 27, 1932.  He lived in Puerto Rico, Florida and Wisconsin through the years.  He married Marian Henk of Milwaukee, Wisconsin in Florida in 1977.  He was a man of many talents and wore many hats for work.  He worked through the years in a bakery, cemetery, foundry and the fishing industry.  For many years he operated the Port Motel in the the Town of Port Washington with his wife.  Ruben enjoyed gardening, fishing, raising animals and spending time with his family.  He often volunteered at St. Benedicts.  He will be remembered for having a big heart, great sense of humor and always sharing a story.

He is survived by his step daughters Vickie Dumabok of Milwaukee and Mary (the late Fred) Albrecht of Madison, step son James Locke of Milwaukee and daughter-in-law Linda Locke of New York, New York.  Further survived by grandchildren John Dumabok of Denver, CO, Lisa (Will) Johnston of Whitefish Bay, Leslie (Michael) Muto of Seattle, Edith Locke and Alex Locke both of New York, New York, Meredith Albrecht and Alex Albrecht both of Madison, 7 great grandchildren, other relatives and friends.  He is preceded by his wife Marian and step son Larry Locke.