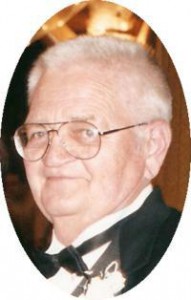 He was born August 3, 1940 in Milwaukee, Wisconsin to Jordan and Mary Buczynski Puetz.  He graduated from St. Nazian High School and attended the University of Wisconsin in Milwaukee for a few years.  From 1961 to 1965 he served in the United States Air Force.  On August 24, 1963 he married Santina “Sally” Campione.  For many years they lived on S. Colonial Pkwy in Saukville.

Tom worked as a lab technician for Square D in Milwaukee.  When Square D moved their operations to Raleigh, North Carolina in 1991, he moved with them.  He worked for Square D for 35 years, retiring in 2002.

Shortly after his retirement they returned to Sheboygan to be near family in the warmer months and wintered in North Carolina.  He enjoyed spending time with his family which included camping in Elcho, Wisconsin, fishing with the kids and hunting.