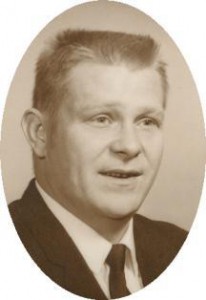 Jim was a truck driver and forklift operator for the former Schlitz Brewery in Milwaukee for over 35 years until it closed in the 1980’s.  He then drove truck for Moore Oil Company in Milwaukee for more than 10 years.