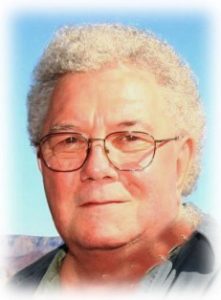 Ronald J. Peot, age 76, of Mukwonago, WI, formerly of Grafton, WI passed away peacefully at his home on Monday, April 8, 2019 due to health complications and cancer.

He was born on April 5, 1943 in Milwaukee, WI; son of Wilfred and Irene Schmitt Peot. He grew up in Grafton where his parents ran the Ghost Town Tavern on Ulao Road.

Ron served in the Army, stationed in Germany for two years during the Vietnam War, discharged in August of 1970.

For many years, Ron worked at Northshore Enviromental of Germantown. He would later operate his own company, Phantom Lake Sales for over 20 years.

On June 22, 1990, Ron married Suzanne Machlieth of Port Washington in Las Vegas. For almost 29 years, Ron and Suzanne shared their love of fishing, indian gaming, rummage sales and flea markets. Ron would continue to enjoy Native American art and its heritage and photography.

Ron is preceded in death by his parents, his brother Kenneth and his wife Sue Peot and sister-in-law Donna Craft.

Graveside services with military honors will take place at 12 Noon, Saturday, May 11, 2019 at St. Mary’s Cemetery in Port Washington, WI.