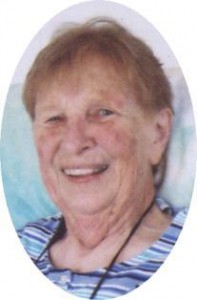 Mary E. Nash, 79, of Crandon and Port Washington, WI and Key Largo, FL died Monday, June 27, 2011 at Horizon Hospice of Columbia St. Mary’s Hospital-Ozaukee Campus in Mequon, WI where she had been the past few days.

For the last thirty years or so, she and her husband wintered in Florida and spent their summers in Northern Wisconsin.  Marvin preceded her in death on April 7, 1999.  She remained independent; enjoying the seasons, sharing with family and friends.  She enjoyed her grandchildren, crossword puzzles, NASCAR and especially the Green Bay Packers.  Never a more true, proud fan could there be.