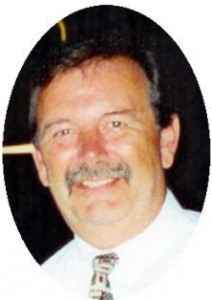 He was born October 5, 1945 to William and Yolanda Calabrese McCarthy in Chicago, Illinois.  He grew up in Wautoma, Wisconsin graduating from Wautoma High School.  Pat attended the University of Wisconsin at Stevens Point for two years before enlisting in the U.S. Army.  After returning from Vietnam he worked as a Maitre’ d and manager for Pecks Plantation and Supper Club in Wautoma .  He met Diane S. Mueller of Saukville, Wisconsin and on March 2, 1977 they were married in Wautoma.  He began working for AT&T in telephone sales in 1988.  In 2004 he joined Verizon in the corporate sales office.  “Muskie Pat” enjoyed being ‘up north’, sports, especially Notre Dam eFootball and the Green Bay Packers, and putzing with flowers.  He was a member of the Loyal Order Of the Moose, Lodge 1043 in Saukville.

Pastor Mark Voll will officiate a memorial service 7 pm Monday, December 27, 2004 at Friedens Ev. Church, 454 N Milwaukee Street, Port Washington.  Family will receive friends after the service – there will be no visitation before the service.  Memorials appreciated