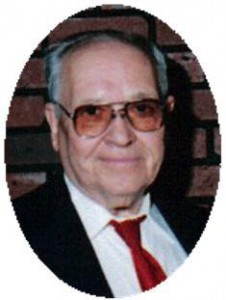 He was born October 29, 1921 to Otto and Marie Bringy in Milwaukee, Wisconsin.  After graduating Rufus King High School, Paul went to the Milwaukee School of Engineering for a year.  On June 6, 1942 he entered the Coast Guard serving in various capacities.  He was discharged February 12, 1946 a Electricians Mate Second Class.

He met Jacqueline Jackson of Milwaukee and the two were married at Zion Evangelical Lutheran Church in Milwaukee on December 2, 1950.  In 1952 they moved to Port Washington.   Paul work at Greyhound Bus Lines for 35 years as a bus driver and retired in 1983.  He enjoyed aviation and piloted aircraft out of the West Bend Airport for many years.

Paul is survived by his wife Jackie of Port Washington and a daughter Linda (Gary) Steininger of West Allis.  Private family services were held.