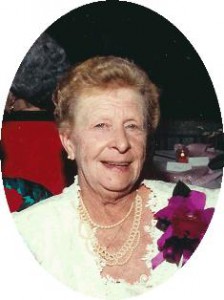 Shirley and her family were very musical.  They were charter members of the former Windjammer Drum & Bugle Corp. in Port Washington.  The family all had active roles.  She was very proud of her children as they pursued music and education.

Shirley had four children, Randy Mayer of Port Washington, Paul Mayer of Milwaukee, Kristine (Scott) Strnad of Saukville and the late Steven “Oscar” Mayer.  She is further survived by brother Dennis (Lila) Mueller of Belgium, Sisters Charmain Seyfert of Port Washington and Beverly (Gary) Kinney of Alamo, TX.  She was a sister-in-law to Angie (Al) Kultgen, Ruth (the late Ambrose) Mayer and David (Ruth) Mayer.   She is preceded in death by her husband Robert, son Steven “Oscar”, and sisters-in-law Florence Lauters and Grace Wilsnack.