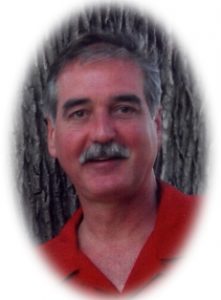 He was born on September 8, 1957 in Port Washington; son of Wallace M. and Lorraine Bartol Krier. During his years at Port Washington, Wally enjoyed sports, which continued throughout his life. As a member of the varsity football team, Wally was named most valuable player (MVP) in his senior year. He graduated with the Class of 1976. Wally continued his studies at the University of Wisconsin-Madison, graduating with a degree in Finance. During his college years, Wally was a member of Chi Phi fraternity.

As an investment broker working in security sales, Wally worked for investment firms in Milwaukee over the years such as Kidder Peabody Company and Blunt, Ellis and Loewi. In 2000, he returned to Port Washington. He enjoyed his semi-retirement working at Home Depot in Grafton the past few years.

Wally was always a friend to many. He enjoyed time spent up north with friends at the annual pool tournament, playing a round of golf or a community gathering like Fish Day. He was experienced in scuba diving, snow skiing and waterskiing. He enjoyed being outside, even taking his canine pal Alex for a walk.

Wally is preceded in death by his parents Wallace and Lorraine and his two brothers Tom and Scott Krier.