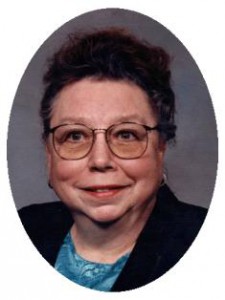 Alice was born on December 27, 1930 in the Town of Belgium, graduated from Port Washington High School in 1948; a year later married Walter on June 18, 1949 at St. Nicholas Catholic Church in Dacada and started dairy farming southwest of Port Washington on Sunset Road, now the site of Greystone Homes; was a member of the Knellsville Homemakers, a pool of life-long friends; was a childhood polio survivor; played piano throughout her life; was the granddaughter of state Senator William J. Bichler (1870-1926). She was a social woman, enjoyed lunches with her friends.  She enjoyed gardening, loved nature, especially bird watching.  Alice will forever be in our hearts.

A wake will be held at Poole Funeral Home from 10AM-Noon, January 11, 2014 (Saturday) with a 10AM rosary; funeral mass will follow at 12:30PM at St. Mary’s Catholic Church, 430 N. Johnson Street, Port Washington; Reverend Thomas Lijewski will be the celebrant.  Burial will take place at the parish cemetery in Port Washington. Remembrances may be made to St. Mary’s Catholic Church, 430 N. Johnson St., Port Washington WI 53074 or the Milwaukee Audubon Society, 1111 E. Brown Deer Road, Bayside, WI 53217.