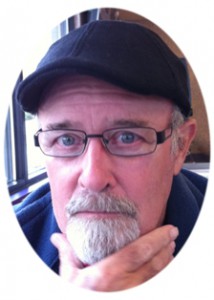 Tom Kauth, formerly of Port Washington, passed away with his daughters by his side on November 11th, 2014 at Agrace Hospice in Fitchburg. Tom succumbed to complications of Parkinson’s Disease.

Tom was born August 12, 1936 to Dr. Charles and Mildred Kauth of Port Washington. Tom was delivered by his grandfather Dr. Philip Kauth and lived most of his life in his home town. He was an athlete and musician at Port Washington High, and went on to teach biology for 20 years at his alma mater.

Tom was well liked by his many students which included his daughters Pamela and Peggy. The farm bell mounted on the Kauth’s fence was a fixture in the neighborhood and its ring echoes still.

Tom wed the love of his life Cornelia in 1958 and they had a ball for 54 years until Cornie’s passing in 2012. Tom and Cornie loved to travel the world, play golf, and spend time at Forest Lake. Tom had a ready smile and made friends wherever he went. To meet Tom was to know that there are still souls of kindness and humor in the world.

Tom was exceptional on the saxophone, and was a man of great curiosity and learning. In addition to graduating from St. Norbert College with graduate studies at University of Wisconsin, Whitewater, Tom studied at Berkeley and Texas A&M. Tom’s interests included opera, books, movies, and above all his large extended family which he loved hosting at their cottage at Forest Lake.

Family stood above all for Tom. He and Cornie are survived by their loving daughters, Pamela and Peggy, sons-in-law Chris and Jim, their nephew Jeff (wife Stephanie) who came to live with them when he was eight, and their awesome grandson, Danny. Tom is also survived by his brothers, Jim, Larry, and Chuck, and his baby sister Amy. His extended family includes too many nieces and nephews to count, all of whom will remember Uncle Tom with his smile and laugh that could light a dark room with warm light.

At Tom’s request, there will be no funeral. A family party will be held at Forest Lake this summer to celebrate a life well-lived. In lieu of flowers, memorials can be made in Tom’s memory to Agrace Hospice, 5395 E. Cheryl Parkway, Madison, WI 53711.