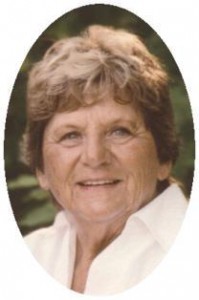 She was born in Menno, South Dakota, daughter of John and Renata Weigt Riemert.  When she was in second grade her family moved to Port Washington, Wisconsin. She attended local schools, graduating from Port Washington High School.  On May 17, 1958 she married Thomas P. Kauth of Port Washington at St. Mary’s Catholic Church in Port Washington. Together they lived on Pierre Lane for many years.  They enjoyed winters in Destin, Florida and in 1998 moved to Forest Lake.

Cornie was an active homemaker. She had been a secretary for the former Freeman Chemical Company in Port Washington and managed the Port Washington Park and Recreation Department Youth Center.  She had a passion for the game of golf. She was a Hawthorne Honey at Hawthorne Hills and club champion at Hon-E-Kor in Kewauskum for many years.

A Celebration of Her Life will be at 6 pm Tuesday, August 7, 2012 at the funeral home.  Family will receive friends from 4-6 pm Tuesday prior to the service.  Memorials to the Kathy Hospice, 3232 Pleasant Valley Road, West Bend, WI 53095 are appreciated.