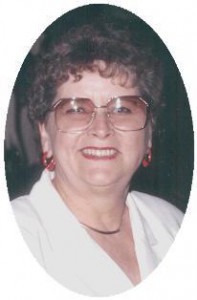 She was born October 8, 1931 in Milwaukee, Wisconsin to Albert and Margaret Sheldon Millen.  On November 8, 1947 she married Oliver “Ollie” Kartheiser of Lake Church at Sacred Heart Church in Milwaukee.

After 10 years of marriage, they moved to Port Washington where she worked for the former Reinhart’s Ski Haus (Marine) in Mequon as a buyer and sales.  She also worked for JC Penney at Northridge Mall and Ener-con of Grafton.  She had also volunteered at the former St. Alphonsus Hospital Auxiliary.