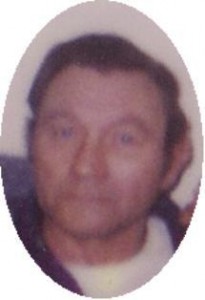 Floyd T. Church, 70, of S Spring Street, Port Washington died April 5, 2007 surrounded by his family at his residence after a brief battle with cancer.

He was born June 25, 1936 in Pikeville, Kentucky to Floyd and Fannie Gannon Church.  He grew up in Kentucky with his four siblings and met his future wife Bonnie Stiltner when he was 15 and she was only 11.  They were married August 23, 1956 in Pikeville, Kentucky and over the next 15 years had eight children.   He worked as a logger and then in the coal mines of Kentucky for over 20 years.  Together with Bonnie he raised his family in the south and it wasn’t until 1993 that he moved to Port Washington, Wisconsin.  Floyd began work at Port Recycling and was still working until recently.  He was a very big Dallas Cowboys fan and on Sundays the family would gather to watch football, especially the Cowboys.  He loved to work on vehicles with his kids also.  Above all was his family, he treasured them and was always there for family.

A time of gathering and remembrance will be held 12:30 – 2:30 pm Saturday, April 7, 2007 at the funeral home with interment in Union Cemetery, Port Washington.  Memorials appreciated.