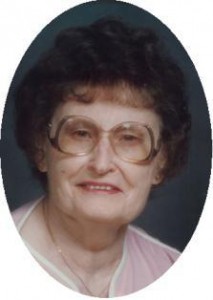 She was born on the family farm on June 14, 1912 to Hupert and Mary Hamm Didier.  On June 12, 1938, she married Peter Egerer, with whom she farmed before he preceded her in death October 28, 1946. Following the death of her first husband, Peter Egerer, she moved to Milwaukee where she worked at Plankinton Packing and Schlitz Brewing.   On June 12, 1955, she married Frank Kaker in Milwaukee. He preceded her in death May 8, 1987. After 50 years in Milwaukee, she moved to the Harbor Club in Port Washington where she lived until moving to Sheboygan Senior Community in February, 2004 to be closer to her daughter, Elizabeth.

Leona was especially proud of being part of a large farm family and of her Luxembourg heritage. She was a member of the Luxembourg Society of Ozaukee County.  She enjoyed driving trips around the country, as well as several trips to Yugoslavia before her husband, Frank Kaker, died. She especially enjoyed a special retirement trip to Luxembourg where she saw some of the family heritage sights.  In retirement, she enjoyed playing cards especially Sheepshead and Spite and Malice with her daughter.  Before her failing eyesight made it too difficult, she was known for her excellent skill in crocheting; making elegant large bedspreads which she shared with family members.