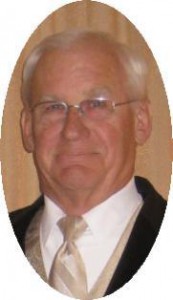 Peter J. Jushka, 73, first administrator of Milwaukee Area Technical School (MATC) North Campus, Mequon died peacefully at his Summit Drive home in Port Washington on Saturday, January 16, 2010 with his family at his side after battling cancer.

He was born on January 9, 1937 in Port Washington to Joseph and Veronica Bilius Jushka.  Growing up on Dodge Street where many of the Lithuanian decendants of this area settled, Pete attended Catholic School, Port Washington High School and entered the United States Air Force.  From 1956 to 1959, he was stationed at Fort Walton Beach in Florida as a surveyor.

Upon returning to Wisconsin, he graduated in 1963 from Stout State College in Memomonie, WI with a bachelor’s degree in Industrial Education.  During his college years he married Jacqueline “Jackie” Zielinski of Manitowoc on August 18, 1962 at St. Mary’s Catholic Church in Manitowoc.  After graduation he took a job with the Kewaunee High School teaching math and business.  He also taught driver’s education at the Manitowoc Vocational School.

After a few years he had an opportunity to move back to Port and teach at the high school, teaching welding and driver’s education there.  In 1968, he was offered to be the director of the Port Washington Vocational School on North Wisconsin Street which later became part of the Milwaukee Area Technical College (MATC).  During this time he returned to Stoutfor his master’s degree in Vocational Education.  He later became the first Administrator of the new MATC-North Campus in Mequon.  He concluded his career in education by leading MATC’s Downtown Milwaukee Campus and Oak Creek South Campus as their District Dean of Technical and Industrial Division.  He retired in 1993.

He loved his gardening and his yard.  In his retirement, he became a member of the Ozaukee County Master Gardeners.  He enjoyed traveling to see his children and share their lives, seeing the country and enjoying friendships.  He also loved to eat out and patronize as many restaurants as he could.

His Memorial Funeral Mass will be 6:30PM Thursday, January 21, 2010 at St. Mary’s Catholic Church, 430 N. Johnson St., Port Washington.  Family will receive friends from 3-6PM Thursday AT CHURCH.  The Reverend Tom Lijewski will be the celebrant.   Memorials to the Port Washington Historical Society or the American Cancer Society appreciated.