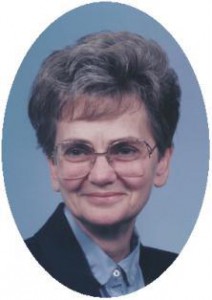 She was born June 7, 1935 in Port Washington, Wisconsin to Douglas and Virginia Glass Heiser.  Betty was a homemaker for Rev. Walter Vogel at Immaculate Conception Parish in Saukville from 1975 to 1982, she then worked at Wisconsin Pharmaceutical in Jackson for a year.  From 1993 to 2003 she worked as a homemaker for Rev. Tony McCarthy at St. Clare Parish in North Lake, Wisconsin.  She was an artist and enjoyed painting with oils and acrylics.  She also did sketching and name portraits.  In 2003 she moved to Grafton and in 2006 she moved to Lasata in Cedarburg.