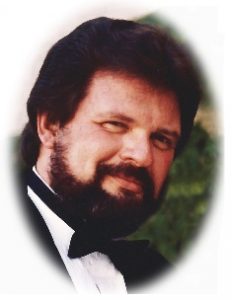 He was born July 12, 1943 in Port Washington, Wisconsin to John and Janet Gruenewald Hensel. He graduated from Port Washington High School in 1961. Scott loved to sing and had a great voice; singing with his sisters for weddings and competitively as a young man.

Scott lived in the area most of his life, leaving only for a short time away in Northern Illinois before returning to Saukville then the town of Grafton for 24 years. In 2010 he came back to his hometown of Port Washington. Over the years, Scott worked at Mold Craft, Johnson Brass and eventually Simplicity Manufacturing in Port Washington where he was a foreman for over 18 years. Afterward, he worked for Woods Equipment in Illinois, and Milwaukee Sign as well as driving truck for a number of plumbing supply companies in Milwaukee before retiring.

Throughout his life, he liked riding his Harley, a great barbecue, hunting, watching old movies, listening to music, playing guitar and singing – especially Elvis tunes which he often sang with an uncanny resemblance. His Karaoke machine was never far away and Scott would record cassettes and CDs for his family and friends. His great sense of humor and quick wit kept family and friends laughing and wondering what may come next. He had a big heart, a great love for family and friends and treasured time spent with them.

He is preceded in death by his father John Hensel, son-in-law Dan Grandlic and grandson Brady Secor.

Memorial funeral services will be held at 12 Noon Monday, June 25, 2018 at the POOLE FUNERAL HOME/Crematory, 203 N. Wisconsin Street, Port Washington, WI. Family will receive relatives and friends from 10AM – Noon Monday prior to a brief service. Interment will take place immediately following the service at St. Paul Cemetery in Silver Creek.

Love me tender, love me long, take me to your heart.

For it’s there that I belong and we’ll never part.

Love me tender, love me sweet, all my dreams fulfilled,

For my darling, I love you and I always will.