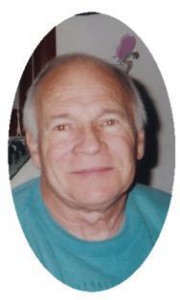 He was born December 25, 1941 in Port Washington to Mathias and Martha Klein Hansen.  After high school Jim joined the Army and was stationed in Germany.  He was an electrician and his last job before retiring was at the Port Washington Power Plant and he was also a member of the International Brotherhood of Electrical Workers, Local 494 for over thirty years.  He enjoyed searching for and collecting antiques.