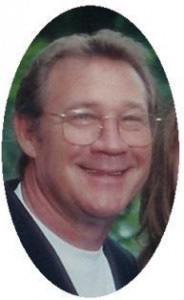 Tom moved to the Dallas, Texas area in the mid 1970’s and went to work for Sky Chefs Food Service at DFW Airport.  After 18 years he joined Valley Services and transferred to  the Jackson, Mississippi area where he was a District Food Service Manager.

He married Jayne “Maura” Scully of Newport Beach, California on August 31, 2001 in Pearl, Mississippi.  He loved his family and enjoyed entertaining people at his home and spending time working in his yard.