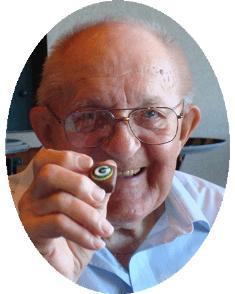 se, “Jerry”, 87, formerly of Sheboygan, died Thursday, July 21, 2011 at Lasata Care Center, Cedarburg where he had been a resident briefly.
He was born in Sheboygan on July 9, 1924, son of Edward W. and Ida Fasse Gosse. In his youth he had worked on a local family farm.
On July 19, 1952, he married Janis G. Russell of Portage, WI at First Congregational Church in Port Washington. For many years they made their home on Madison Street there.
He was an inspector at the former Bolens Mfg. Co. in Port Washington from 1946 to 1991. He was a member of the International Association of Machinists and Aerospace Workers Local 1430 and their treasurer for over 35 years until his retirement. Later he was a gas attendant at the Clark Gas Station.
He enjoyed bowling, playing sheepshead and tinkering in the garage. He and his wife later lived on Westport Drive and then moved to the Harbor Village for a few years.
He is survived by his wife Janis, daughter Julie Gosse of Port Washington, sons Jeff Gosse of Port Washington and Joel (Karen) Gosse of Madison, grandchildren Katy, Eric and Mandy, his sister Violet Kuitert of Sheboygan, five great-grandchildren, other relatives and friends.
Funeral services will be 6PM Monday, July 25 at the POOLE FUNERAL HOME, 203 N. Wisconsin St., Port Washington. Interment at Sunrise Memorial Gardens in Town of Wilson. Visitation 4-6PM Monday at the funeral home.
Memorials appreciated.