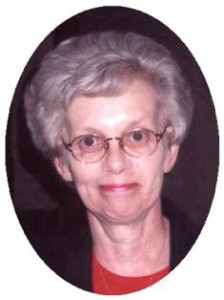 She was born October 9, 1943 in Milwaukee to Jerome J. and Valborg Nydahl Burkwald.  She married Arthur J. Baake of Milwaukee on February 12, 1966 in Milwaukee.  They moved to Menomonee Falls and started a family together.  In 1973 they moved to Saukville.  Her husband Arthur preceded her in death in February, 2001.

Judy was an active Boy Scout Leader when her boys were young, making sure they all made Eagle Scout. She painted ceramics, played the accordion and was a member of Aid Association for Lutherans, now Thrivant.  Judy was a homemaker and caregiver, always putting others before herself and helping out in any way she could.  She loved her boys, grandchildren and her canine friends.