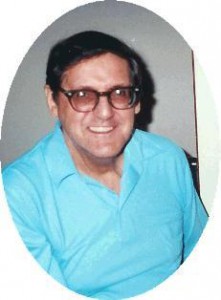 He was born August 3, 1930 in Marinette, Wisconsin to George H. Fort, Sr. and Anna Butler.  In 1963 he moved to Port Washington and worked with the EST Manufacturing Company in Grafton.  He met and married Shirley Runkel of Port Washington on May 22, 1965 at St. Mary’s Church in Port Washington.

In the mid 1970’s he was hired at Rostad Aluminum in Grafton and held numerous job positions until he retired as a finisher in 1996.  George enjoyed his retirement.  He cooked most daily meals and made a great pumpkin bread.  He was most comfortable in his yard and would tend his garden or grill.  He enjoyed just putting around.