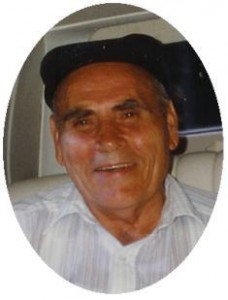 He was born on October 8, 1918 in the Town of Holland in Sheboygan County, the 12th of 16 children to Hubert and Mary Hamm Didier.  Growing up on the farm east of Dacada, he labored with his family, as well as other local farmers.

He was a grinder for the former Gilson Foundry, Port Washington for over 20 years until it was destroyed in a fire.  Later he worked for Simplicity Manufacturing Company in Port Washington over 20 years, retiring in 1983.  He was a member of International Association of Machinists and Aerospace Workers Local 1430 and the Catholic Knights.

Roman was an avid sports fan-Milwaukee Braves, Milwaukee Brewers, Green Bay Packers.  He will be remembered as a kind and gentle man, always positive; a joy to be with.

His Mass of Christian Burial will be celebrated at 1:30PM Tuesday, May 31 at St. Mary’s Church, Port Washington.  Reverend Allan Sommer will be the celebrant.  Interment will take place in the parish cemetery. Visitation will be held from 4-7PM Monday, May 30 with 4PM rosary and 11:30-1PM Tuesday at the Poole Funeral Home in Port Washington.