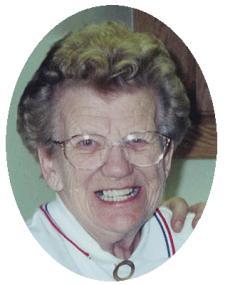 Adeline worked for a brief time at the Ozaukee County Clerk of Courts office, but was primarily a devoted wife and mother.  She was a member of St. Mary’s Choir and Christian Mothers and enjoyed her ladies card club.  Adeline was a spunky gal who will be remembered for her sense of humor and attitude.

The family wishes to express their deep gratitude for the loving care provided to Adeline from the staff of Harbor Cove and Hospice Advantage.