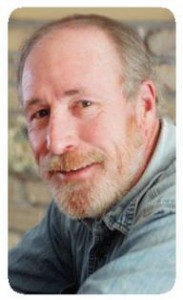 William Warren Carroll (Bill aka Balls), beloved  father, grandfather, brother and friend had his plans to retire to the Northwoods of Wisconsin, cut short by his death on April 5th, 2013.  He was 59 years old.  Bill will be remembered for his independent spirit, his unique sense of humor, and for his love of the outdoors where he spent all of his free time hunting and fishing.  Bill was also an avid motorcycle enthusiast and wild man.  He will be sincerely missed by many.

He was born November 19, 1953 to Olive (nee Payne) and Warren Carroll, Sr.  He grew up in Port Washington and graduated from Port Washington High School in 1972.  He worked for the City of Port Washington for over 25 years, serving in many capacities, and retired in 2011.

His memorial will be held on 7 pm Friday, April 12, 2013 at the Poole Funeral Home, Port Washington.  A time of gathering will be held from 4 pm to 7pm at Poole Funeral home in Port Washington.  Donations to the Bayfield Regional Conservancy (P.O. Box 410 – Bayfield, WI 54814) or the Wisconsin Humane Society Ozaukee Campus (630 W. Dekora Street  –  Saukville, WI 53080) are suggested.